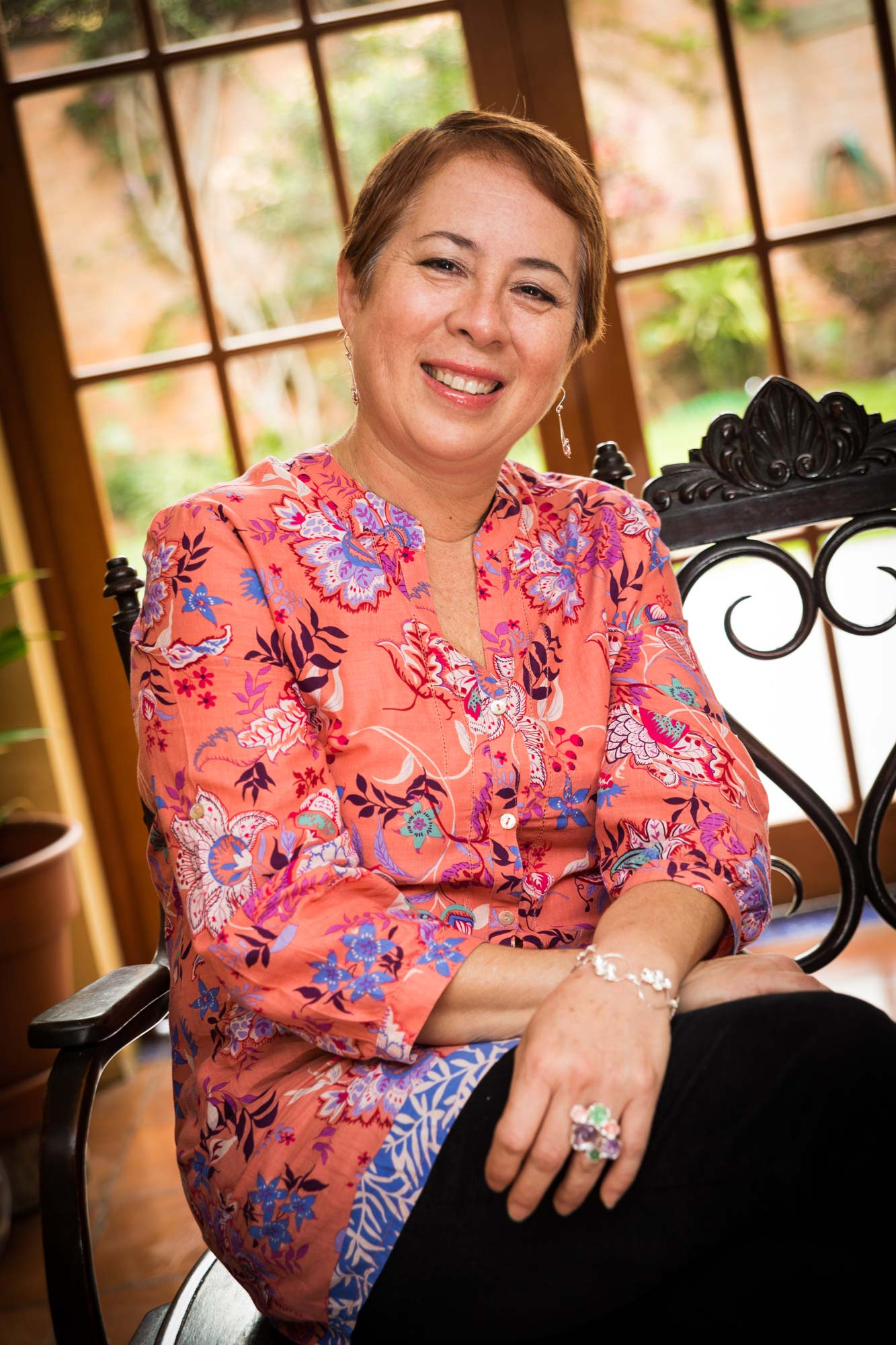 “My name is Zaida Lanning and I was born in Sacramento, California. I am Peruvian-American. My parents met in Peru during an archaeological assignment. I came to Peru when I was a year old. As children, my brother and I would accompany my mother on her field assignments. My oldest memory is when I was five years old and my brother was three years old. My grandmother, brother and I were in a ramshackle camp located in an isolated area on the northern coast of Peru. My mother was excavating in a ceremonial area called Las Aldas for four months as part of her doctoral thesis. What an adventure, with two women and two children in the Peruvian desert! That was my family circle: my mother, grandmother and brother.

“A difficult moment in my life was the death of my younger brother, with whom I’d shared so many adventures. But those weren’t the only moments that impacted my life.

“I was influenced by a very extraordinary woman: my godmother. Along with her sister, she propelled, supported and spread Peruvian art. I remember she converted her home into a museum, where she replaced the furniture with pedestals to exhibit beautiful Peruvian art pieces.

“In the Andes, the roads can always become an adventure. When my daughter was 10 years old, we visited Cuzco. To get from a place called Tambomachay to another called Qenqo, we decided to travel like the people there usually do: on the hopper of a pickup truck. It was covered in potato sacks and crowded with sheep and human passengers. The real adventure began when the truck was in movement. As it went downhill over a curvy road we were almost in the air, taking in the lovely scenery.

“I’ve always worked with my hands: knitting, pottery, recycling materials and repurposing other items as they break down. This is how I discovered silver, which fascinates me for its plasticity despite being a hard metal.

“I worked as a librarian in a French research center for 26 years. A decade before leaving that job, I had my contact with jewelry in a small training center where 20 people around a single table learned with a few tools but a lot of enthusiasm.

“In 2006, I decided to make my dream a reality: to dedicate myself full-time to jewelry. Going from a dependable job to an independent endeavor wasn’t easy. I had a to learn a lot of things, but I didn’t lack enthusiasm. It was in this new phase that I had the opportunity to learn in a jewelry workshop and spent six months in Cajamarca. Since then, I’ve taken courses and gone to fairs to keep learning new methods and techniques. I work with silver as a base material and combine it with other materials that give color to the final pieces. The silver I use comes from the main refinery in Peru, which is of the highest quality.

“We do all of the work in the workshop to create the jewelry I design: from melting the silver, transferring it to the cast, welding the pieces together and adding the finishing touches. “A lot of things inspire me — nature, the everyday and even dreams. I do everything from designing to creating the final piece. I reach out for support from young artisans, from whom I expect the sensibility, care for detail and meticulous approach even for the simplest and smallest pieces. “My future plans include developing my creative capacity by using diverse materials with silver and making the venture grow to manage this labor.”"