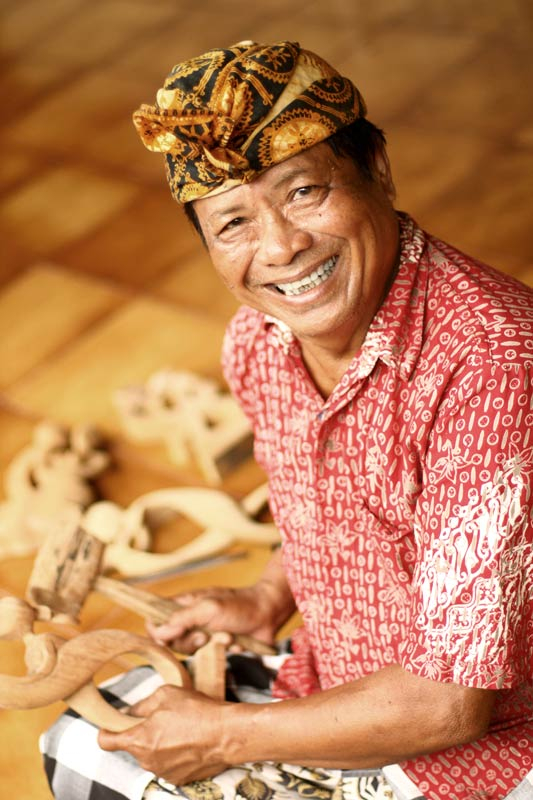 The father of a son and two daughters, Wayan Mustika is a wood carver from the Gianyar regency. He is also a teacher at a school near his village. After school, he takes a brief rest before beginning work on his art. For a while, his children assisted him until his elder daughter got married in 2002. The other daughter lives in a different area and his son is away at school. Today Mustika and his wife live alone.