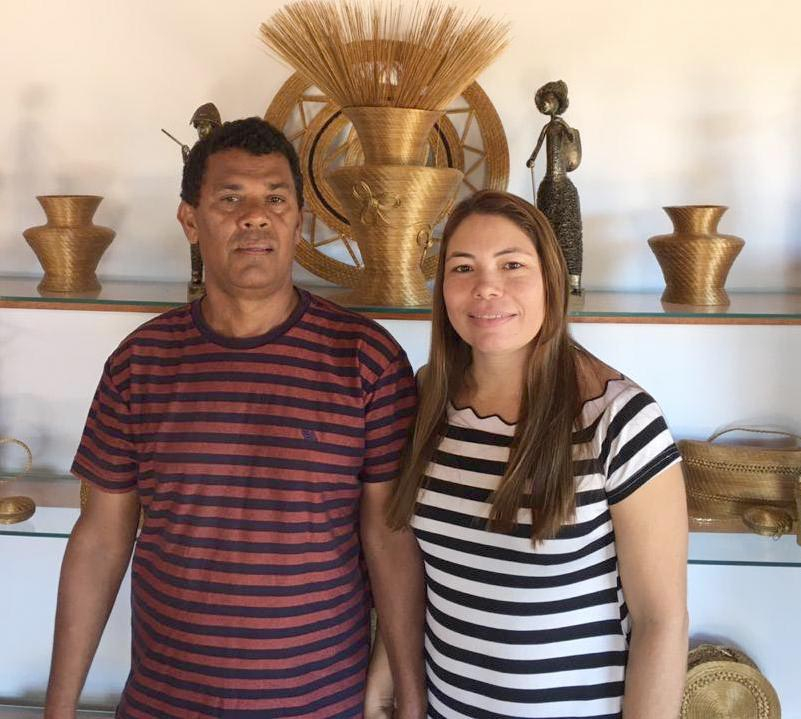 Born in Piaui, Wagner inherited from his father the passion and skills for the artisan profession. By the time he was 12 years old he was already assisting his dad in the weaving of baskets and mats from buriti palm and carnauba or Brazilian (palm) wax.

When he was 15 years old he moved with his family to Ponte Alta do Tocantins in central Brazil, home to Jalapão state park where Wagner discovered the beauty and the potential of capim dourado or golden grass. Jalapão is renowned for its natural beauty which includes waterfalls, valleys and an incredible flora and fauna.

Capim dorado (golden grass) is today the main source of income for many artisans in the region of Jalapão. Buriti palm, another natural treasure, is used to prepare the golden grass by extracting the silken thread used in the sewing (as artisans call the process) of the grass, as well as other materials such as golden threads, natural gemstones, and a variety of natural fibers and seeds.

Golden grass and buriti palm can only be found in the veredas or humid fields which tend to be waterlogged during the rainy season, and less so during drought periods.

The protection of this biome is of extreme importance for artisans, as their livelihood depends on capim dorado, their prime material. Sales of golden grass are responsible for up to 40% of the area's economy. Its harvest dates back to the days of the Mumbuca, a slave community in Bahia.

The crafting of capim dorado is an art form that has been passed down from parents to their children. Now Wagner and Cassia's four children work with them in the crafting of golden grass jewelry. Their son Douglas focuses on sales.

Not only have Wagner and Cassia taught their own children; they also teach young people in their community, and they take their creations with them to sell when they go to specialized artisan fairs."