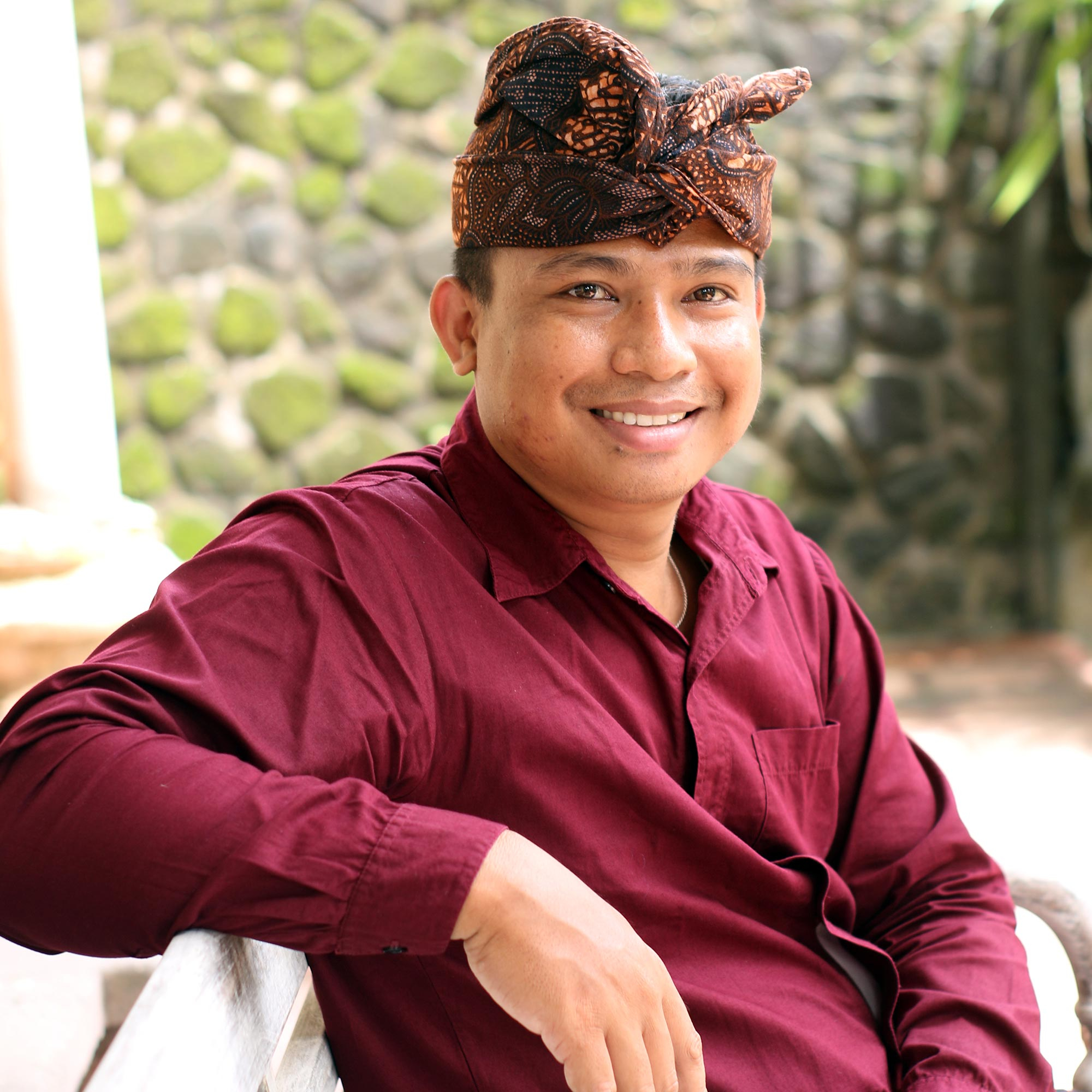 "I was born in Bali in 1985 in a small village in the area of Singaraja, Bali. The village was near a mountain, which meant the air was so fresh and cold, and the running water was also very refreshing. The one thing I always remember is the dew in the morning; when I woke up very early in the morning, I would always see dew on the leaves. But my sight was not very clear because of the morning fog.

"My parents were only farmers; my father owned enough paddy field to be worked on. And even though my parents were not rich, I grew up happily with my older brother. We used to help our parents at the paddy field, and in the afternoons we often spent time by going around the village with an old bicycle.

"I had a formal education until I graduated from junior high school, and then I helped my parents on the paddy field. I moved to the city at the age of 20, where I learned from my uncle who was a silversmith. Then I moved on to learn from other places, and I started to work with brass. Using silver or brass is mostly the same for me, but right now I am focusing on brass jewelry which I plate with 3 microns of 18k gold. The natural color of the brass is not that good, but when it is bathed with gold plating, the result is awesome.

"Now I am married; both my wife and I are very grateful for the two children we have. I have one son and one daughter. That was enough for me, and I am happy. I do not force anything on my children; and as a father I support them to be anything they want. As a father, of course I work hard for my family. A friend of mine suggested to me that I should go to Novica, a company that helps artisans around the world. I am very happy to join you and I will try my best to give you the best designs." "