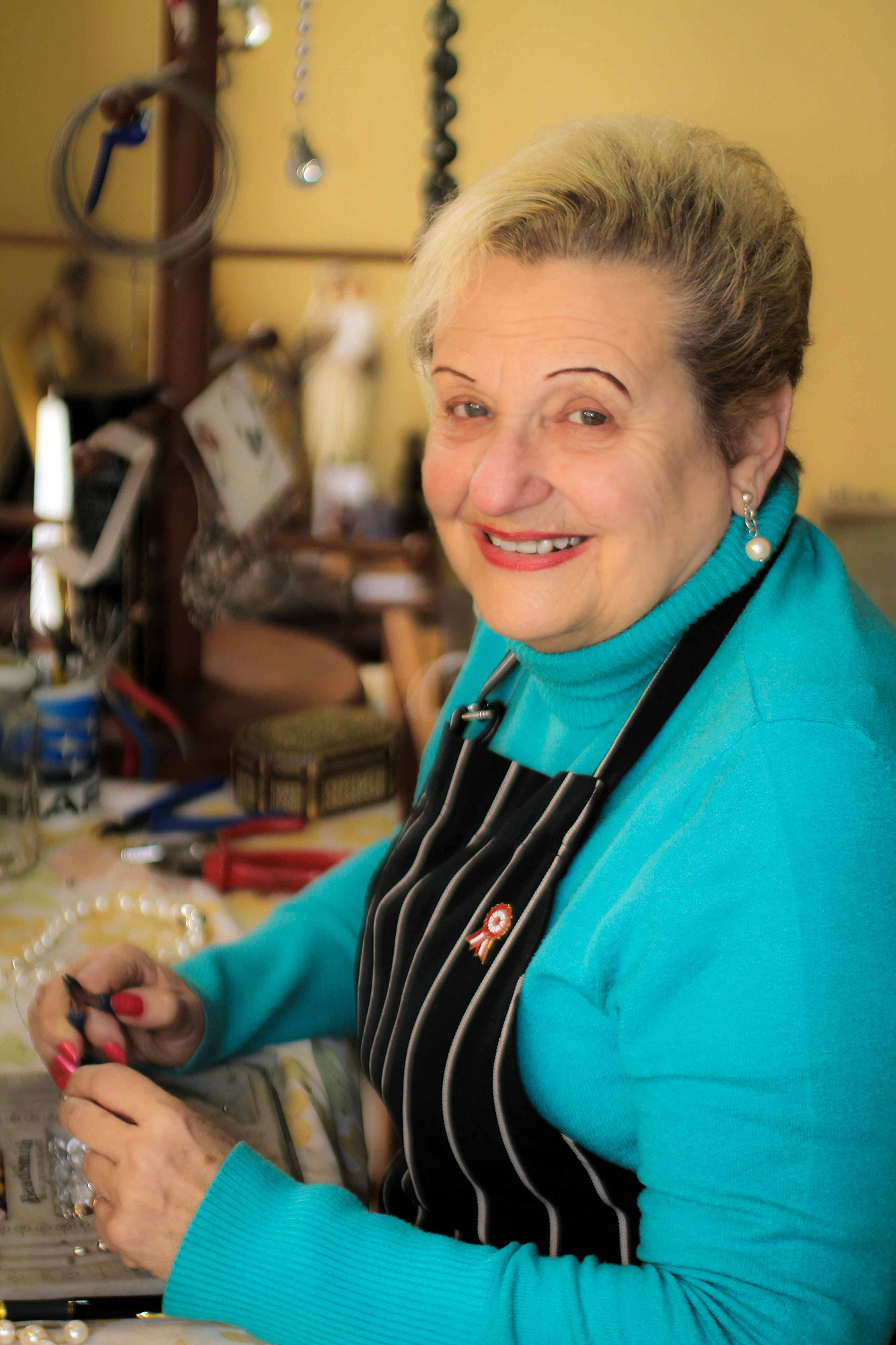 Sandra and Lily Indacochea are a mother and daughter team. Joined not only by family ties in common, they share a passion for art. They are both self-taught.

It all began as a game, when Sandra's little boy (Lily's grandson) was sent to fine psychomotor therapy. They both became immersed in the manual training until they realized that it had become more than a game they shared with the little boy. They realized that if they let their imagination run wild and allow their talents an expression, they could create original works of art. Sandra and Lily also recognized that in the process of creation they found peace and satisfaction.

Lily recalls that when she was a child she developed an unexplainable fascination for all kinds of stones. One day, when she was playing with other kids in her parents' ranch in the Nazca valley, she cut herself with an arrow. She kept the piece in her hand and treasured it for life, not knowing the stone's true name – obsidian. Now, many of her designs mainly feature obsidian. Lily loves to transform gemstones by giving them life through her designs.

Sandra always loved to hear her mother tell this and similar stories – thus her fascination for gemstones and the mysterious powers attributed to them. Yet she never thought she had it in her to work and create jewelry, until her son's therapy.

Finally one day, mother and daughter resolved to join forces and find out all they could about gemstones. At first it was difficult to find authentic gems so they traveled abroad to get them, until one day a friend told them that indeed one could find genuine stones if they looked in the right place. Sandra and Lily were encouraged to look further, and eventually they found good quality gemstones in Peru.

It's been a few years since they began formally designing and crafting jewelry, and they have been met with a large acceptance. They are also continuously invited to present their work at exhibitions and craft fairs.

To Sandra and Lily, their work is a constant source of inspiration, and both find motivation in the inner peace they feel as they create. Their designs seek to transmit and share the positive energy they receive from the stones.

Their biggest challenge was to transform their venture into an established family business and see it succeed. "Wearing one of our jewelry pieces will fill you with positive energy and good vibes. It will also highlight the beauty of what is natural, they say""