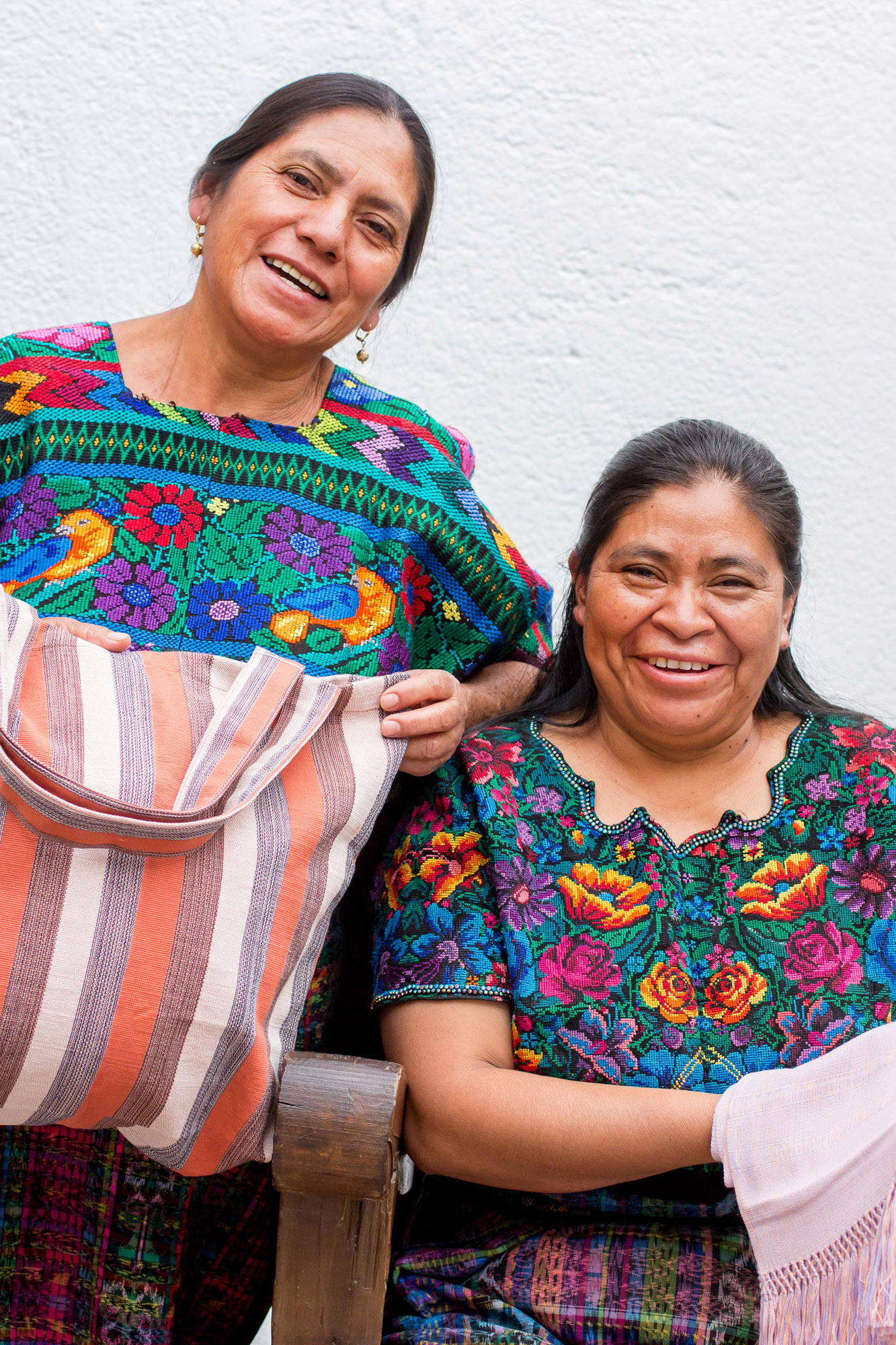 Dora and Justina talk about Ranm Ixoqi', which means "Heart of a Woman" in English.

"Our group began forming in the 1990s with survivors of the 38-year civil war in Guatemala. Many of the women lost family members and homes, and suffered many abuses.

"By the time the war ended, women's role in society had become totally obsolete. The groups formed at that time were made up of men only.

"We were left without our husbands who had supported us and this is when we decided to form groups of women. Many of us had been weaving since we were little girls. We decided to band together and weave scarves and shawls so we could generate an income and meet our families' financial needs.

"As time went by, our weaving skills became better and better, and more people bought our work. Our group grew little by little and today we have members who weave and who do other kinds of handicrafts. When they are sold, the profit is divided among all of us.

"We find this women's group admirable. Since the 1990s, we have struggled to empower women and this has been a continuous process over a long period of time. Day by day, the members work to see that each one has a good quality of life and that they and their families are able to get ahead.

"Our main objective is to help one another ‚Äî united and organized ‚Äî to share ideas, learn and, together, to be successful.

"More than a group, we've come to feel like sisters. If one of us falls, we all help her get back on her feet. It's so important to teach our daughters to get involved in society, to have a voice and a vote, that their opinions are important and very valuable.""