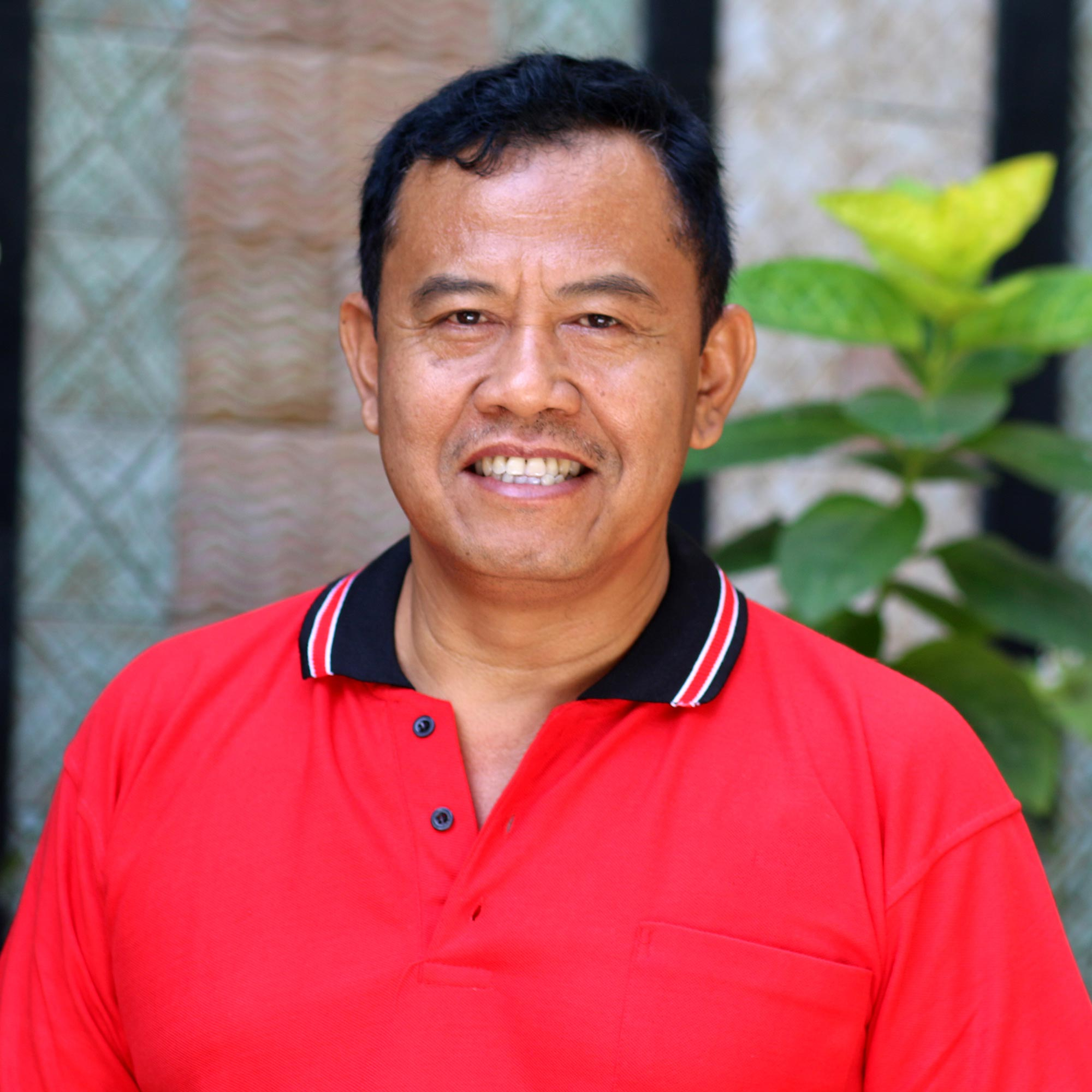 Putu Oka Mahendra was born in the Tabanan regency of Bali on June 12, 1966. His mother, Made Tantri, pioneered ceramic artistry in 1980. She was a woman full of energy and highly self-confident. When she first started she undertook the entire crafting procedure by herself - from creating the design until finishing the product. She gradually developed a reputation for fine design and high quality and people started placing so many orders that she saw the need to hire assistants. In 1990, when Tantri passed away, Oka Mahendra took-over her work, and eventually opened a showroom in her memory.

To create his designs, Oka Mahendra finds inspiration in the luscious flora and fauna of Bali. In 1993, he was the third place winner for his ceramic designs in the Lomba Ceramic Design contest. Oka Mahendra has exhibited his handcrafted items at the Asian Trade Fair (ATF) at Jakarta in 1993 and participated in exhibits in Jakarta (1995 and 2000), Bali (1997-1998) and recently at the Korean and Hong Kong Embassies in Jakarta (2001)."