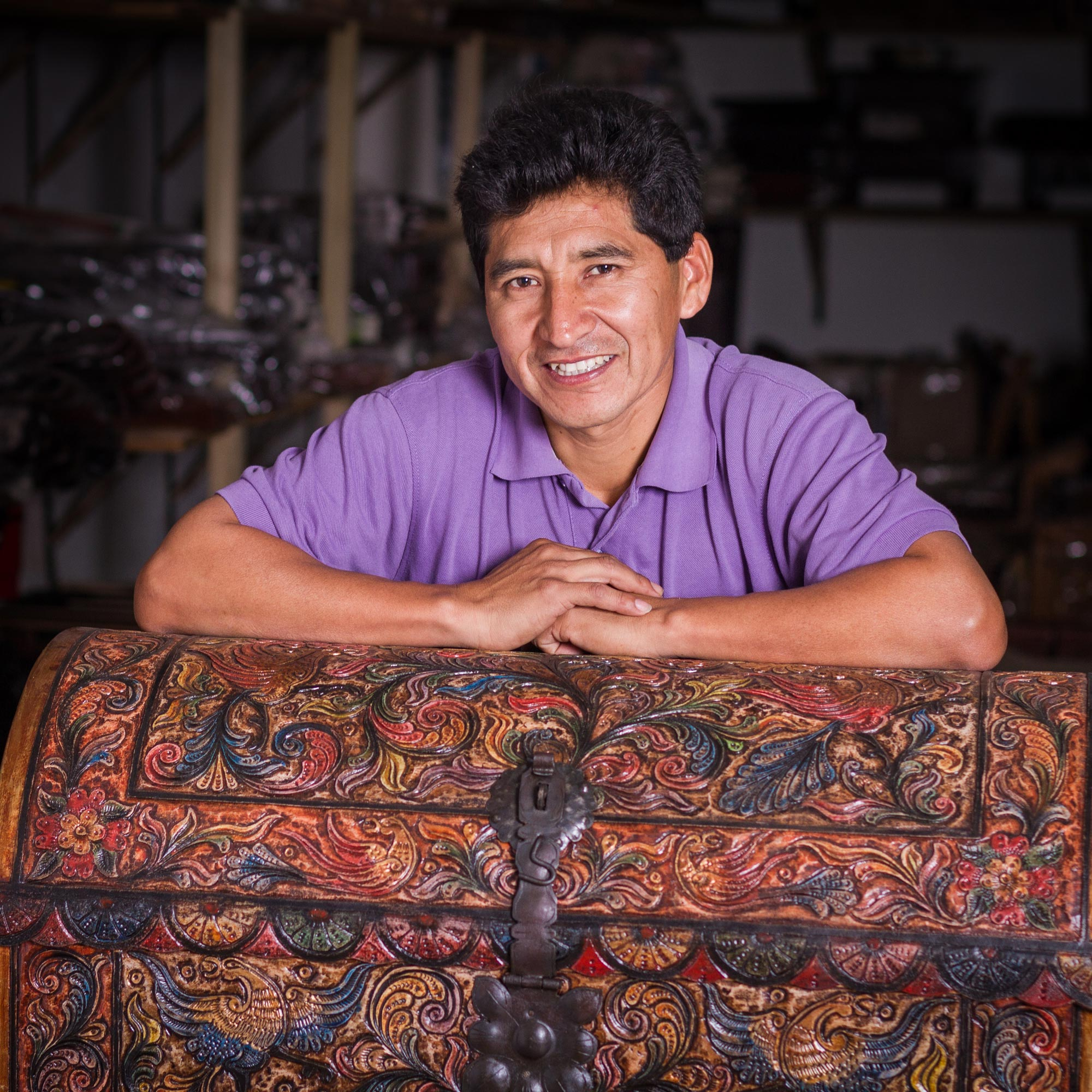 Oscar José Pastor Yauris, was born July 11, 1972. His father died when the boy was ten and, without the head of the family to work and support them, young Pastor was forced to work at different jobs such as bill collecting and as a gardener. When he was 12, a friend told Pastor about a carpentry shop that needed personnel, and he didn't think twice about it. He needed a job.

As time went by, Pastor realized he enjoyed working with wood and leather but, since he had little experience, they had assigned him to the finishing touches on a piece. Disappointed because it didn't turn out well, he resolved to master the craft. And he did so on his own, learning each step and improving every detail. He went back to the shop with a piece he had crafted himself, and his employers were amazed by its beauty and refined technique. Thus his vocation was born.

Pastor has had his own workshop since 1998, and this makes him very happy. He began in a corner of the house but struggled day after day to make it grow.

His greatest challenge has been to help his family get ahead all by himself. Now married with two daughters he adores, he finds the strength to continue. Pastor sees his work as an art form, not just something to be sold, and his work fills his life in a way he cannot explain. Eventually, he was able to build a home through the fruits of his labor.

To the clients of Novica, Pastor says, "Although my work is what sustains my family, it excites me. It fulfills me. And so each day I renew and perfect my designs so that, through them, I will be recognized as an artisan.""