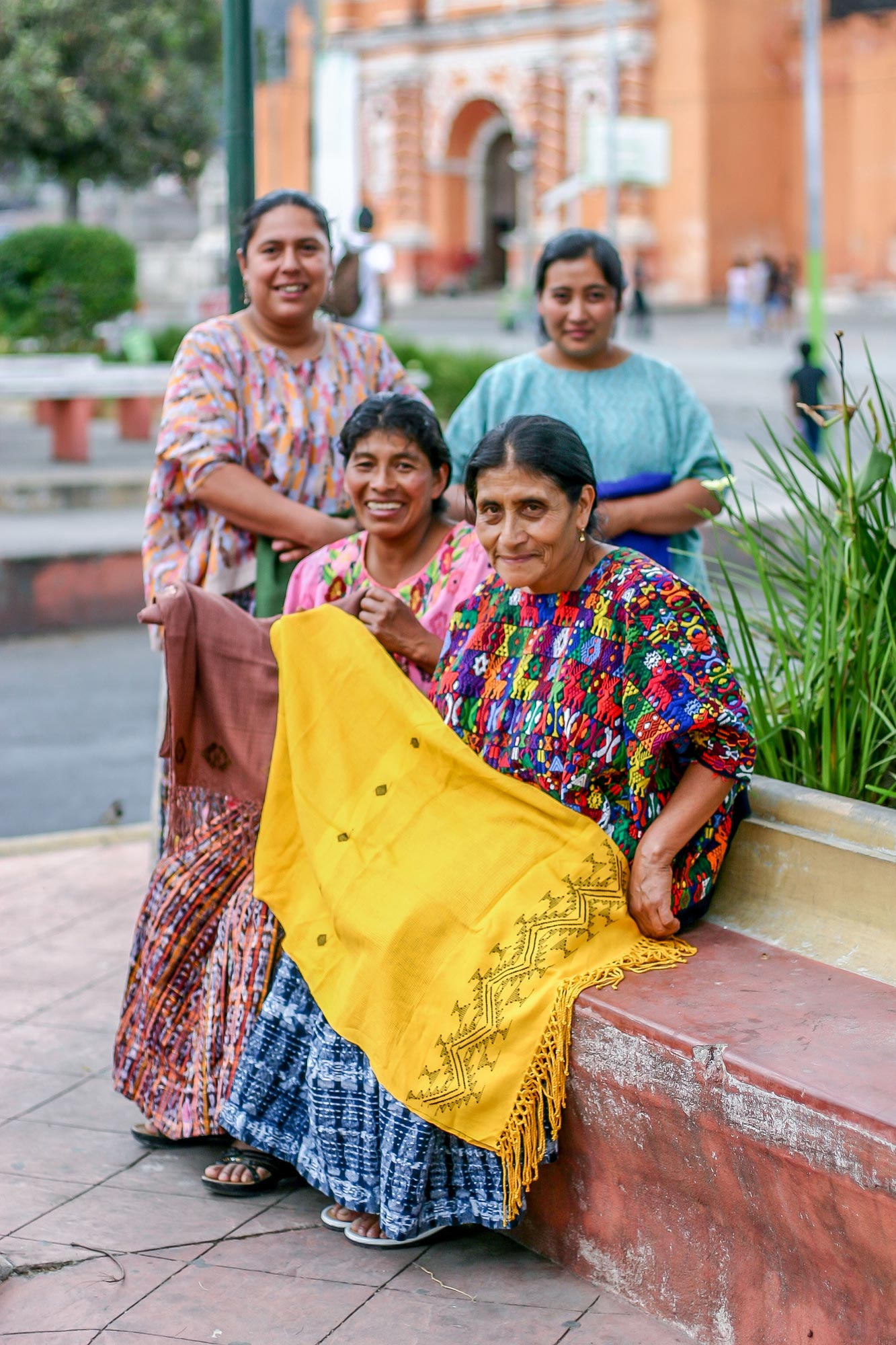 "Nu'Kem Association of Textile Artisans is a dream come true for 12 women seeking to find a better life as well as dignified wages with which to contribute to their respective family's well being. It began in the year 2000, when there was a project in their region offering a credit program to finance the purchase of threads. However, individuals could not apply for this program so the 12 got together and formed Nu'Kem, which in the Q‚Äôechi Maya language means "My Loom."

They received the credit as well as training programs where they were trained in style and design, because back then the only thing they knew how to weave were the traditional huipiles or blouses.

As an Association, they learnt to organize themselves and the first project they worked on was designing and weaving placemats with patterns from their huipiles; then they began to weave scarves and shawls. Little by little they continue designing new products as they encourage and support each others' creativity, which in turn allows them to have a stronger financial resource doing what they know best: weaving on a back strap loom.

Yolanda, who is president of Nu'Kem Association, shares her experience as a weaver: "I learnt to weave when I was 10 years old. A neighbor taught me because my mother didn't know how, which was very strange for a woman in my village. The first thing I wove was a huipil which I decorated with little ducks and balls. I wore it for seven years with great pride! I wore practically every day.

"Since I joined the association, I've learnt to weave new things. At first [laughing] we were a bunch of scared women, we wouldn't go anywhere. When we'd go out, I remember being afraid of men with beards. One day we went to a restaurant and a bearded man came in, and I got so scared I ran and hugged the manager! Startled, obviously, he asked me what had frightened me, and when I told him he replied he'd get a razor to shave him so I wouldn't be scared anymore. I still remember that day."

"My mother taught me how to weave when I was 11 years old," says Elvira Coy, another founding member. "The first thing I wove was a small huipil, but it was too small for me to wear so I sold it for 12 Quetzales. That made me so happy because it allowed us to buy some things we needed at home. I have taught my six daughters, and now they are teaching their daughters. Two of my daughters have joined the Association, which fills me with great pride and happiness.

"At first, when we were setting up the Association I had to travel a lot because of work and I used to get told off by my husband and children because I wasn't looking after the family or the house. That was very difficult for me, but I managed to overcome it and I didn't quit the Association. It makes me feel very proud to see how we've managed to set very high quality control standards, and that we are also able to share our knowledge with other people and organizations."

"I was eight years old when my mother taught me, and the first thing I made was a tiny huipil," recalls Julia. "We sold it for 15 Quetzales and I was so happy because to me it meant that someone had liked my work so much they paid for it! Eventually I learned how to include more complicated patterns into my designs."

"It was very difficult for us to leave our villages and speak to strangers. We had been taught at home that only men could go out, and women were to stay at home and in the kitchen," Yolanda joins in again. "Now we feel so proud to be able to go out to sell, and not be afraid of the adventure. Our dream is to find new markets so we can sell more, so that we can in turn offer more jobs to the women weavers of our region." "