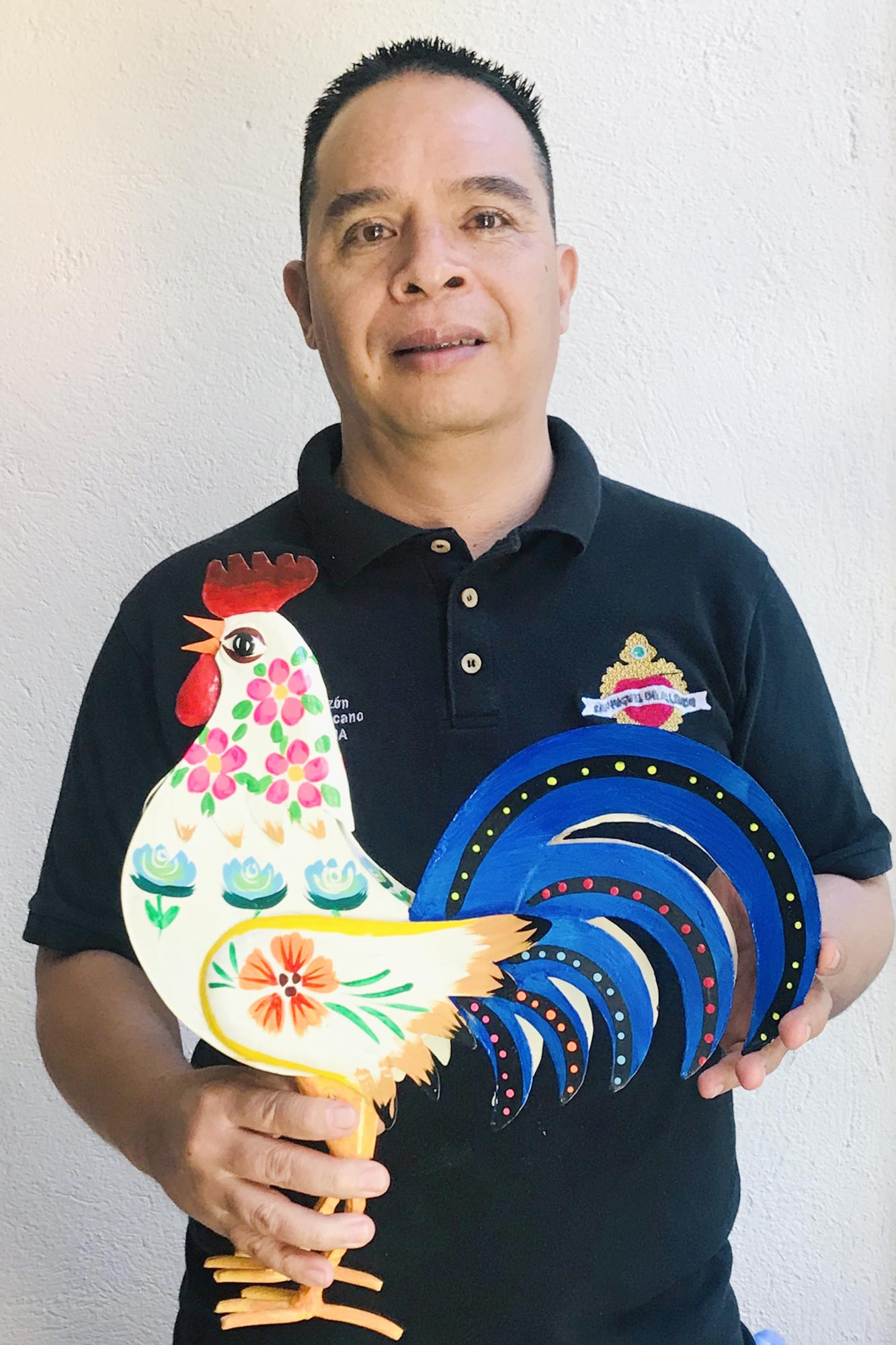 Jaime Hernandez Cruz was born in Michoacan but has lived in Guanajuato since 2010. When he was 12, he began to work in his brother-in-law's papier maché workshop.

Eventually, Jaime opened his own workshop with his wife, Alejandra, and their children.

Based on his experience with papier maché, he began to use his ideas and techniques with metal to create his own designs. He selects bright and vivid colors in an unusual Mexican style. His niches, roosters, lamps, and hearts are quite unique and bring his imagined images to life.

The artisan also wants to go back to making traditional designs such as relics and religious art in order to protect these for future generations. Without a doubt, one of the least known — yet most beautiful — folk art forms of Mexico is tin work. Known by the people who work it as "the noble metal" or "the silver of the poor," tin has been molded, stamped, perforated and cut into a wide variety of artwork.

Mexican artisans have specialized in combining elements to create their unique works of art. The origins of perforated metals seem to have been lost over time. For Jaime, metal art is a way of life and he is proud to create original designs born of his infinite inspiration.

His work has been seen in the US, Australia, Chile, Italy, Holland, Japan and, of course, in Mexico. He has won a number of awards and is listed in the book Arts of Mexico in the edition devoted to traditional toys."