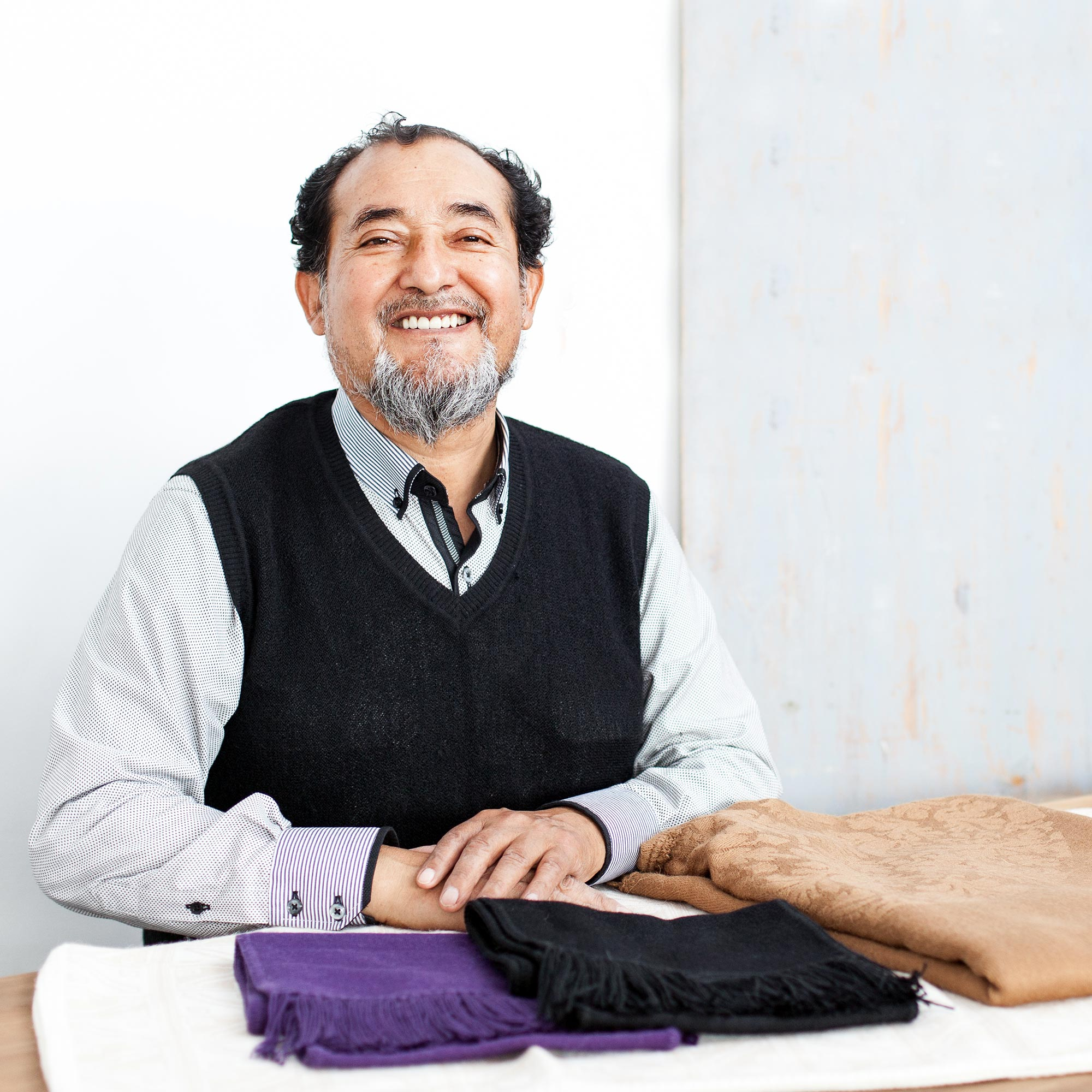 Isidoro C'cahuantico Mendoza was born in 1954 in a village near Cuzco. During the 1970s, he was forced to migrate when terrorists swept his region. Accepting various jobs, he soon found himself working as a janitor in a textile factory.

"I was completely fascinated with the work they were doing!" Isidoro recalls. "I became enamored with the textile arts at first sight.

"At night, when everyone had gone home and I was left alone to sweep and clean, I began to look at the looms and machines and to experiment with them, just out of curiosity. Some days later, one of the weavers complained to the supervisor that his machine was never the way he'd left it the night before. The owner asked who kept adjusting the loom, and was surprised beyond belief to learn that the culprit was me!

"She asked me why I was using the loom, and I replied that I wanted to learn to weave. She said that if I really wanted to learn, I should learn to assemble one of the spare looms in the warehouse.

"That was one of the most important and memorable moments in my life! My curiosity led me into the world of textiles, looms, knits and weaves.

"That was the beginning of a vocation, a great gift that I have now also passed along to my children. My two older children work with me, weaving and knitting fine alpaca textiles, and my daughter does the best crochet work I have ever seen. I hope all of my four children eventually develop my same love and passion for weaving!

"I would like to assure you that every garment we create carries with it our creativity and hard work. Your appreciation for our work motivates us to continue perfecting our skills and our art!""