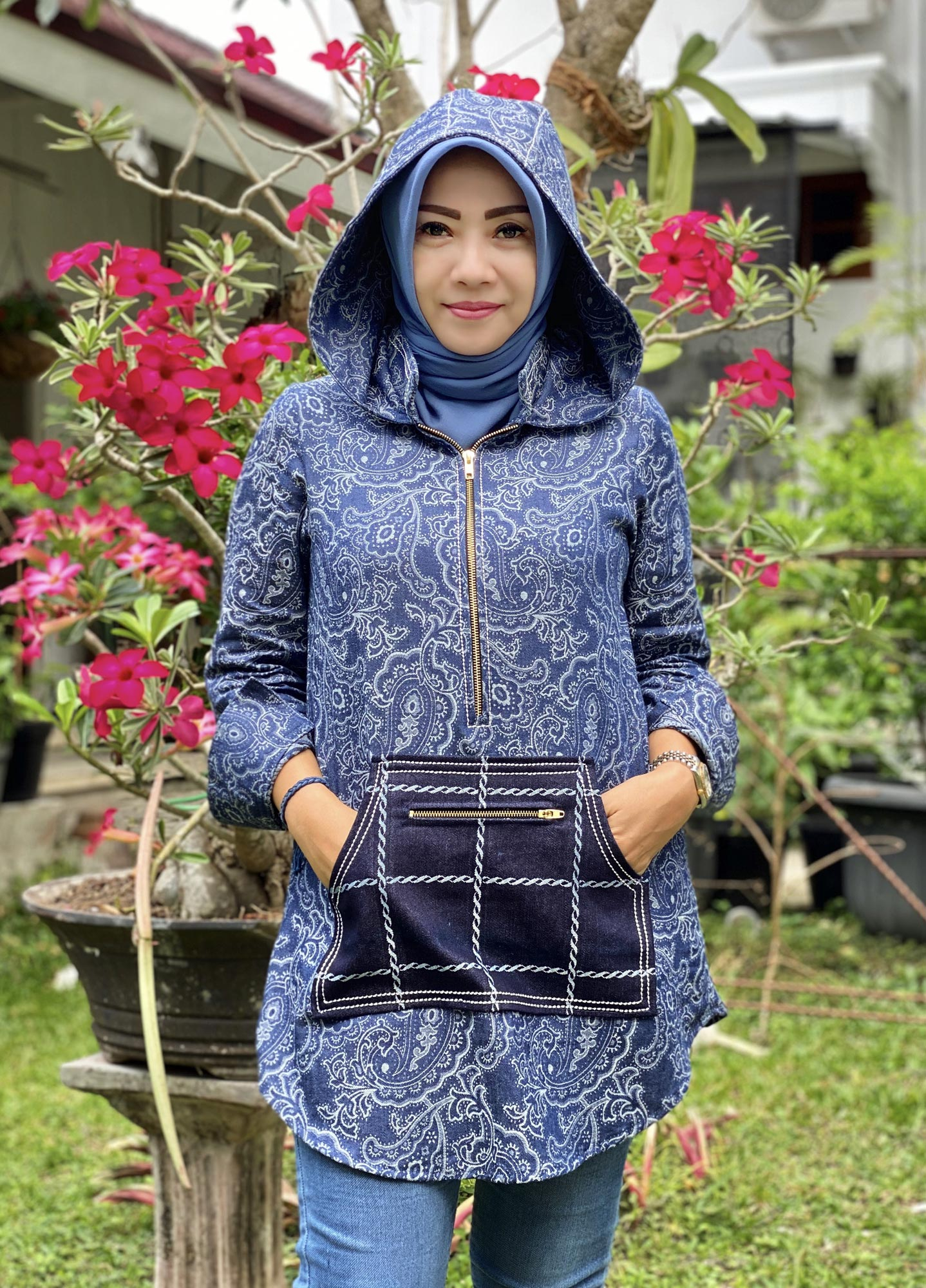 "My name is Dani Paraswati. I was born in Yogyakarta in 1977. Yogyakarta is a city with a million stories, starting from simplicity, hospitality, art, culture and culinary arts that cannot be forgotten. Yogyakarta is also known as the City of Students, as many students from outside the city study in this city. Many artists also live in Yogya. I am the child of hardworking parents. My father is the owner of a material and building shop in Semarang City. My mother has been a seamstress since 1973. It was that talent that was passed down to me. Since I was a child, I often watched her work, and then I tried to make doll clothes. This interest of mine made me decide to become a designer. As the youngest of 4 siblings, I witnessed the success of my parents in raising their four children to become scholars. My perseverance in studying fashion paid off when I graduated as the best student in high school, and had the opportunity to enroll at Universitas Negeri Yogyakarta without a test.

"My career started in 2008 by opening a boutique with 3 branches in the city of Yogyakarta. In 2012 I opened a business with the Dannique brand. At the same time, I participated in the selection of New Entrepreneurs held by Bank Indonesia, and received the privilege of coaching for 1 year by Indonesia's top coach. I have also participated in several annual craftsman events in Indonesia, fashion shows, and entrepreneurial activities; and was selected as the Woman Entrepreneur Australia Award 2016 by the Australian Government and received a short course at Queensland University of Technology. It was my ideals that brought me this far. The talent I have is the most beautiful gift from God, through my mother.

"I have 2 children who I love very much; they are the inspiration of my life. Everything I do is to prepare a good future for them. Even in the toughest times in my life, I still had to endure for them. I felt it when my husband was sick and when he ultimately died, leaving me and the kids alone. As a mother I have to be able to divide my attention between my children, work and managing family finances. In the worst and toughest times, mentally I felt stronger, because I only had the choice to keep fighting for my company and my children. I feel lucky that, as a woman, I can be both mother and father to my children. As a businesswoman I can also provide jobs for my employees.

"Of all the products that I produce, I feel that the most challenging product is indigo batik with a bohemian theme, because the collection is one of the most popular so far. I work with the help of 15 employees, all of whom are women. I want to advance the social and economic status of women. The materials used are natural fibers and 100% cotton and are environmentally friendly.

"I joined Novica on the advice of a professional friend. My goal in working with Novica is to expand marketing and expand product distribution channels overseas. My target is that my employees can still earn income during this difficult pandemic. I want to preserve traditional materials and motifs so that they are increasingly famous in the international market.""