Cozy cocoa and cream tones add spice to cool evenings in an acrylic and alpaca blend throw from Jorge Priori. Finished with fringe, the attractive textile showcases modern Andean style. Renowned for its thermal qualities, alpaca is lightweight yet it possesses an incredible capacity for heat retention. 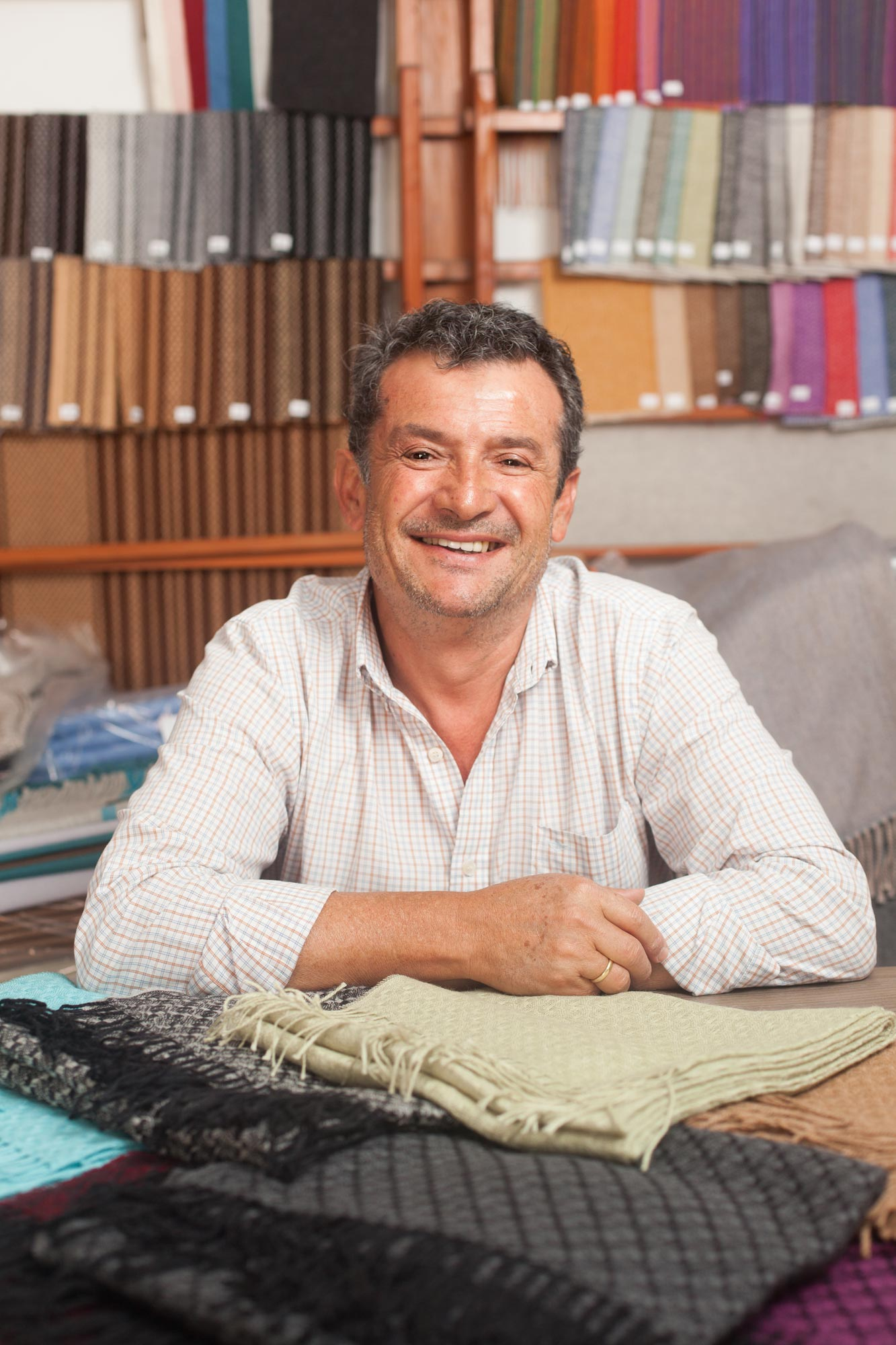 Born in Lima on December 11, 1965, Jorge Priori began to work in textiles at the beginning of the 1990s, prompted by his uncle. He foresaw Priori's natural inclinations towards textiles as well as his flair for innovation. His father had a thread factory and Priori began to work with him. By 2001, they had diversified into the creation of a diversity of alpaca wool garments, accessories and blankets.

At this same place he met Milva, they fell in love and eventually married. Now Priori believes alpaca has changed his life, at a personal and professional level!

Priori seeks to preserve through his work a tradition that began centuries ago, during the Inca empire. The Incas gave the alpaca an important place in society and religion; alpaca fiber was so highly treasured it was reserved for Inca royalty.

"Our clothes and blankets are created with the 'combed' technique which uses threads of different length and width, with the intention of recreating the type of weave the Incas favored," explains Priori.

Priori's alpaca wool products showcase the material's unique attributes. Alpaca wool is produced in less quantity per year than cashmere, yet it is considered a luxury fiber because it is as soft as cashmere and has the luster of silk. It is as durable as wool, and the fleece is extraordinarily light and warm – up to five times warmer than sheep's wool. This is because the fiber is semi-hollow and curly, thus creating microscopic air pockets that are ideal for insulation.

Highly valued by the fashion industry, alpaca wool is considered one of the most exclusive of fibers. It is so versatile it is used in the creation of tweeds and fine gabardines. Alpaca fiber is naturally water resistant and wrinkles less than wool, which makes it ideal for travel. Compared to wool, alpaca fibers are stronger, resilient and of good elasticity. Any garment made with alpaca fibers is certain to preserve its appearance over time.

Alpacas are members of the camelid family; they are about the size of a pony and live up to 20 years. Because of their value, alpacas are carefully protected and they are shorn only once a year – each alpaca can produce enough fiber for up to eight sweaters.

They also make good and loyal pets and many owners say they are just like man's best friend. They are gentle and enjoy hugging and they are sometimes used as "therapy animals" in schools and hospitals. They do not bite but will occasionally spit when annoyed, though rarely at people. Pregnant alpacas are easily annoyed with the male, and will spit at them to go away."