Preserving ancestral techniques, artisans of the Zenu Community in Colombia craft this sunny cuff bracelet. The cuff starts with a plastic base, which is wrapped with carefully woven caña flecha fibers in bright yellow and white. Caña flecha is a neotropical grass native to Colombia and Mexico. 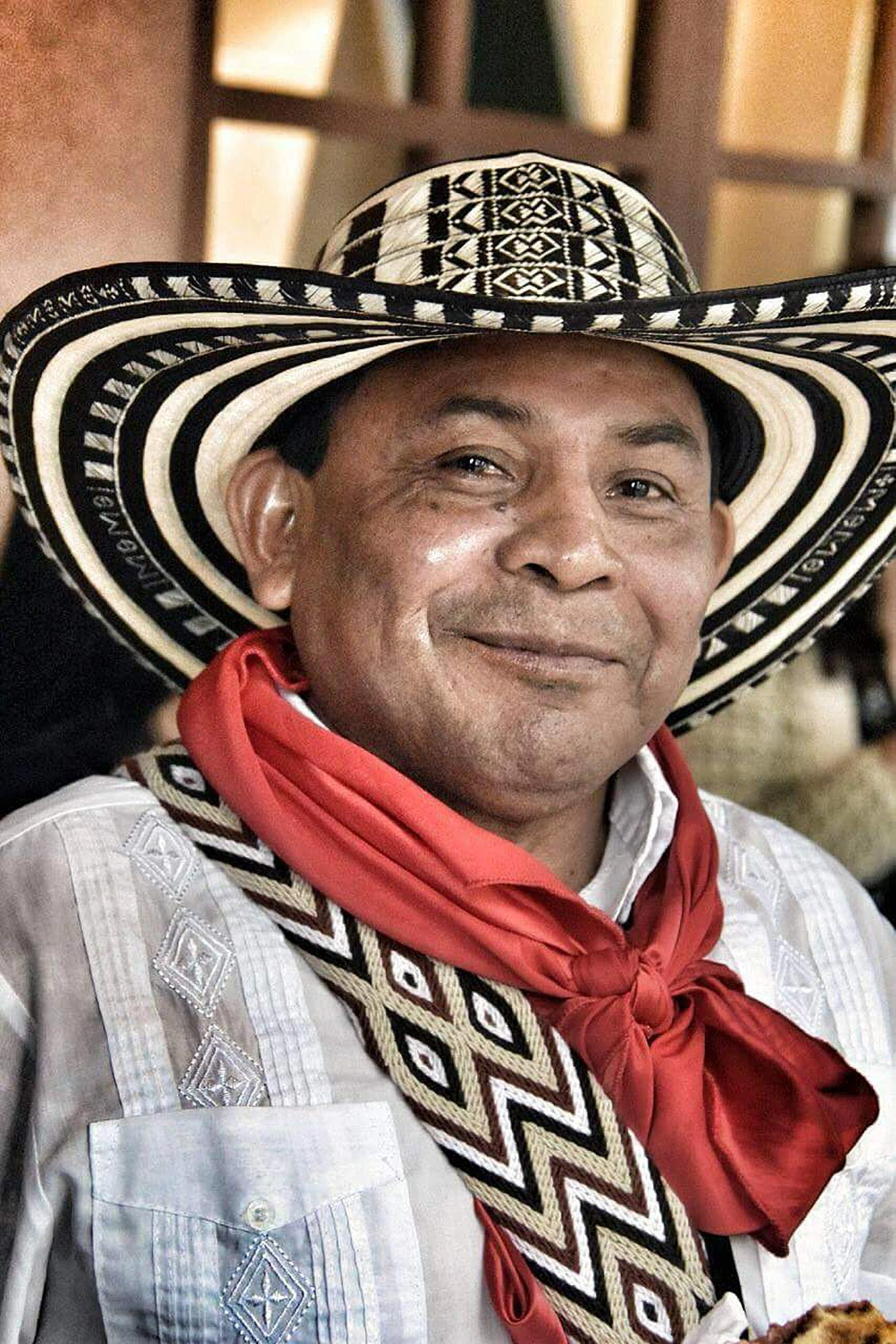 The Zenú are an Indigenous people in Colombia, whose ancestral territory comprises the Sinu Valleys and San Jorge Rivers as well as the Caribbean coast around the Gulf of Morrosquillo. For hundreds of years, they have been devoted to planting, cultivating, preparing, and braiding caña flecha (cane fiber). Caña flecha was originally used to build homes and to fabricate fishing rods, but the use of this fiber has evolved to wielding hats, baskets, handbags, backpacks, and bracelets.

Making an item from caña flecha is a lengthy process and truly involves the entire community. To make a sombrero vueltiao (turned hat), for example, the fiber must be dried, and the veins removed using a knife to obtain uniform strands. The strands are then tinted black, dark brown, and cream by soaking in natural, plant-based dyes and burying underground for up to two weeks. After the dyeing process, the fiber is woven into intricate braids used to form the hat. Sometimes a braid can contain up to twenty-eight fibers woven by hand. The sombrero is finally sewn together using a treadle sewing machine.

Most of the pintas—geometric symbols and patterns woven into hats and other items—are used to delineate specific clans within the Zenú Tribe. One clan symbol, for instance, is the flor de cocorilla (cocorilla flower), which is depicted with a large central diamond and eight small surrounding diamond dots. Historically, this flower is known as the source of a fruit eaten by the first inhabitants of the Zenú territory. Pintas are a true testament to different plants and animals native to the Tribe's territory. They also contain narratives of different life activities, such as hunting, fishing, the hacienda, and religion.

To keep these traditions alive, the Zenú teach caña flecha weaving and braiding at a local children's school. Through a unique curriculum, the school approaches ethnocultural knowledge by teaching students to always integrate craftwork with oral history. As the sombrero vueltaio and other Indigenous crafts continue to popularize across Colombia and the rest of the world, the Zenú people only hope that their customers come to know the heritage stories behind the products they treasure."