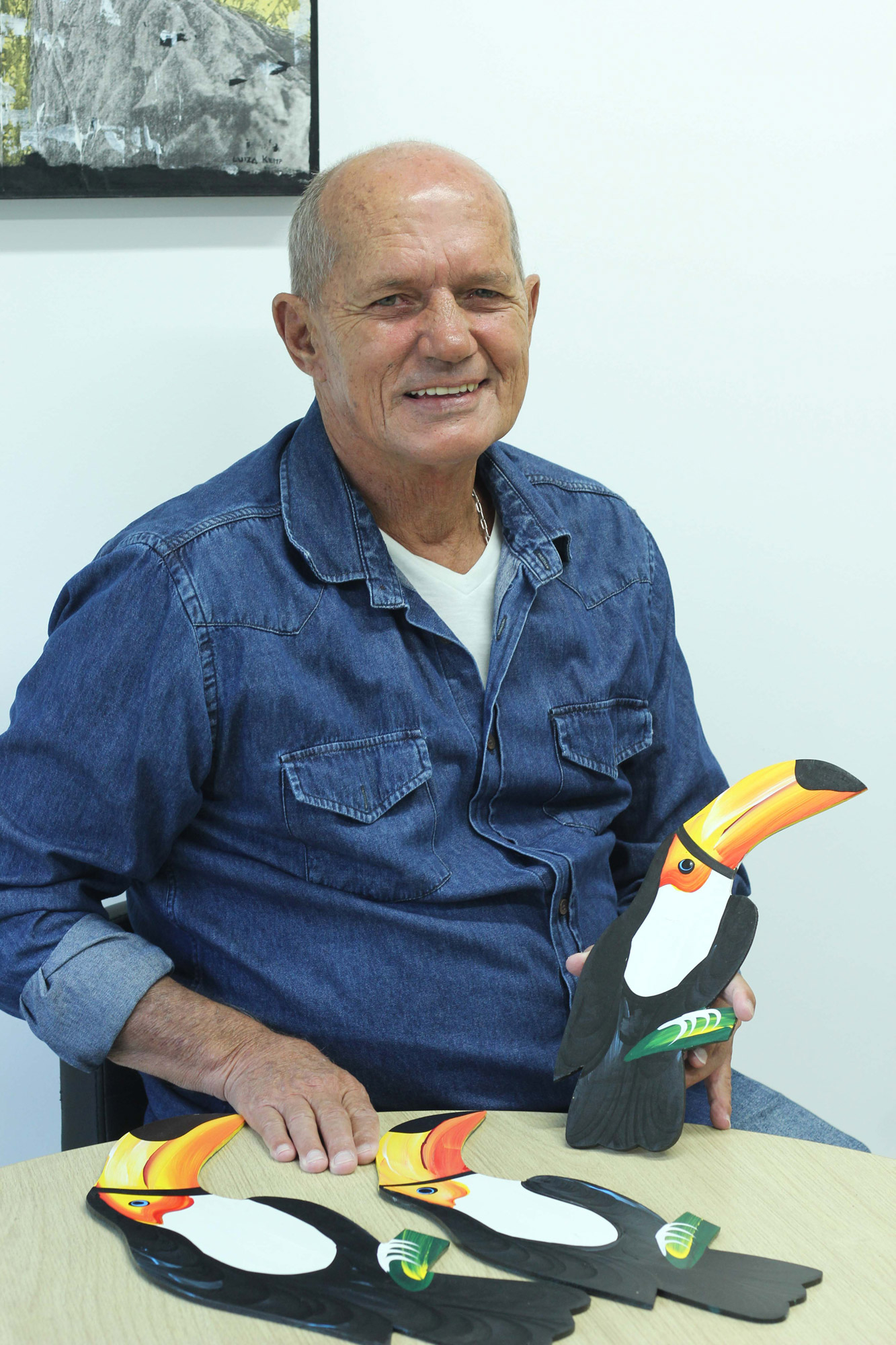 "Since 2003 I have worked as a craftsman with Novica. I am always very grateful for the partnership that began almost 20 years ago. With the pandemic in 2020, craft fairs and stores closed, and I had no possibility of extra income, but I could count on Novica. One of my products was included in their catalog (distributed to 1.5 million customers). Orders placed in 2020 accounted for 50% of my total income for that year. In 2021, once again, Novica was my relief. They suggested the creation of two new products for the Christmas holiday catalog, which were an absolute success. 2021 orders saw a 200% increase in my income.

"I've been working in partnership with two young men that I met at the handicraft fair in Ipanema 8 years ago. They help me carve and paint my products. Sadly, during the pandemic, their parents lost their jobs and were no longer able to pay the rent where they lived. I rented a house for my workshop and I offered that the family could live there instead, with the rent of the place maintained by me. Thanks to the orders received from Novica customers, I have been able to keep my workshop -- which remains the home for this family of four. I was also able to purchase two motorcycles for the young men so that they can also earn income from deliveries. All of this was only possible because of Novica."

"I always had a very close relationship with handicrafts. I grew up among the tools of my father's workshop, where he mounted tropical fish. My brother and I were his main assistants. Over the years, my father began to withdraw from this activity since, to search for fish, he had to make long trips to the interior of the country. This was when I saw a viable opportunity to develop my own artisan activity, and thus I began to continue the family's work – carving tropical birds of wood.

"Once I saw a wooden decorative gull that a friend brought back from a vacation in Porto Seguro. I found it very interesting, but it lacked movement. Inspired by my friend's bird, I created a gull with bendable wings that allowed it to move in the wind.

"To sell my work on the Internet was always a dream of mine. I believe that if people see my birds and wooden objects on the screen, they will certainly be interested. Now you and many others in the entire world will have easier access to my art.""