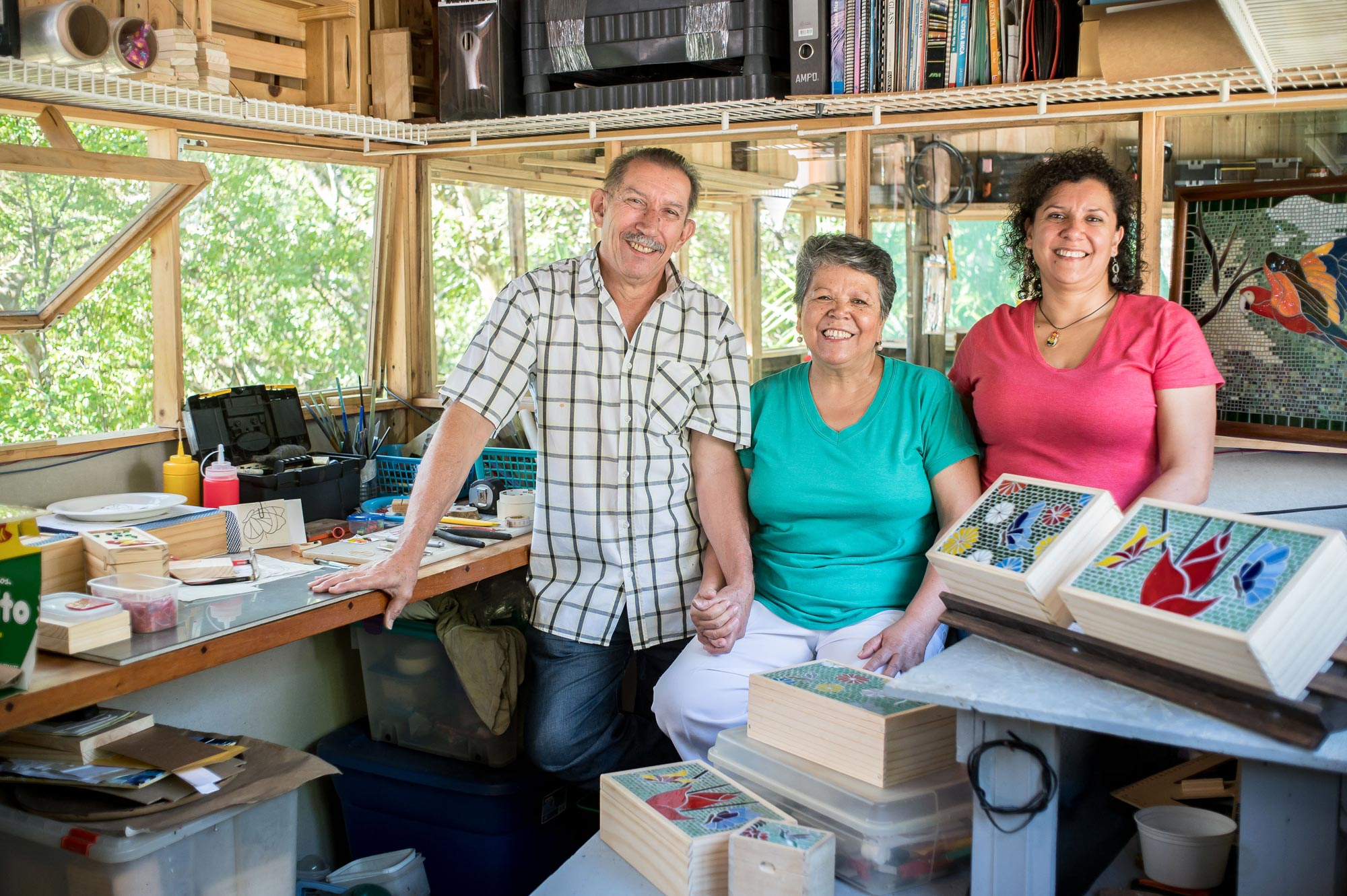 "My name is Daniel Herrera, and I work with my wife Socorro Perlaza and my beautiful daughter Alejandra. Together, we form a family of artisans who for many years have dedicated themselves to the creation of glass mosaics in useful home items.

"My wife and I have been married for more than 42 years, and we have formed a beautiful family with two daughters, Alejandra and Eugenia. When we married, we both continued working. Socorro worked at a bank and I worked with heavy machinery. In the year 1989, Socorro decided to stop working in order to take care of our daughters. At the same time, she began to bake bread and sell it from the house. The following year, I also stopped working, and we dedicated ourselves to the panader√≠a (bakery). Over time, we made other things, such as pastries, and in this way we were able to begin a small catering service.

"In the year 2000, Socorro decided to take a course in leaded glass, which we would often see in the churches. I continued to run the bakery. She became greatly inspired by this marvelous art, and with time I became involved in what she was doing. Little by little, we left baking behind. People liked the glass mosaics that we made, so we decided to dedicate ourselves fully to this art. We were invited to various artisan fairs where we could exhibit our art. It was a marvelous thing that filled us with great satisfaction and a desire to continue onward.

"I learned pyrography from a Colombian man, and I later taught it to my wife and daughter. It was a new technique that we could incorporate in our pieces. We are fortunate that our daughter, Alejandra, was also attracted by this art. Today, she is an expert, and she is involved in every piece that we make.

"We are thankful that people buy our pieces, which we make with a lot of love, care, and dedication. These three words characterize us not only in our work, but also in our family life. We create pieces as if they were for us, because we know how important quality is, and our hard work is behind it all." "