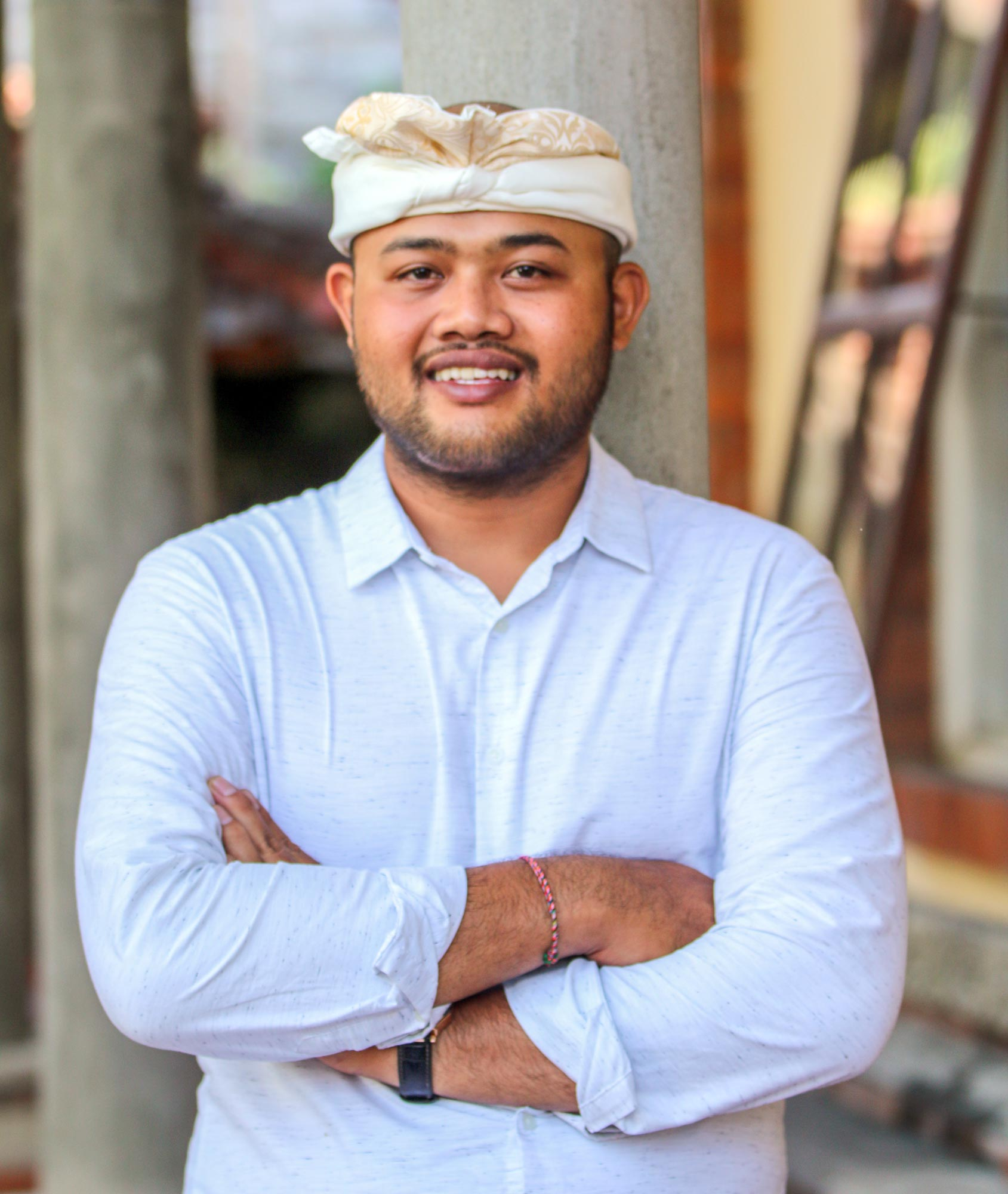 "I was born in 1995 in a Balinese town where most of the people work with silver. Workshops abound, as do shops selling our beautiful silver art.

"I'm the older of two children and my father is Komang Suartra, another featured artisan. I want to continue my father's silver artistry, but I have a different concept and themes in my designs. They tend to depict the floral and animal motifs that I love and want to preserve.

"My father began teaching me when I was in sixth grade. I began with the repoussé technique for embossing silver. A year later, I began making jewelry to sell to my classmates. I continued doing this until I graduated from the university, and now I'm setting up my own silver workshop.

"Indonesia is rich in flora and fauna species and these inspire my designs. I want to preserve their existence and also want to introduce them to others.

"I work with the help of three silversmiths who help me to craft my designs. In addition to sterling silver, I use cultured pearls, carved bone and gemstones, and work with semi-traditional tools, including a stove and polishing machine, solders, tongs and more.""